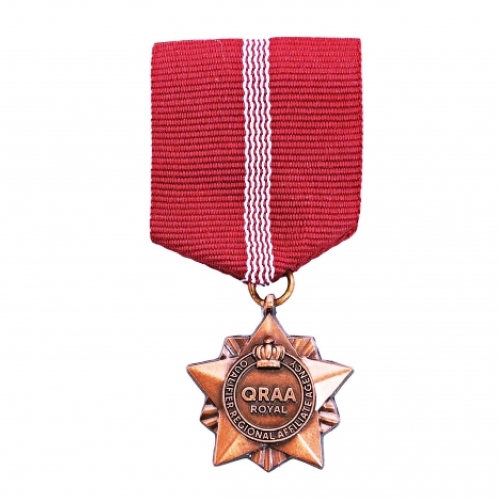 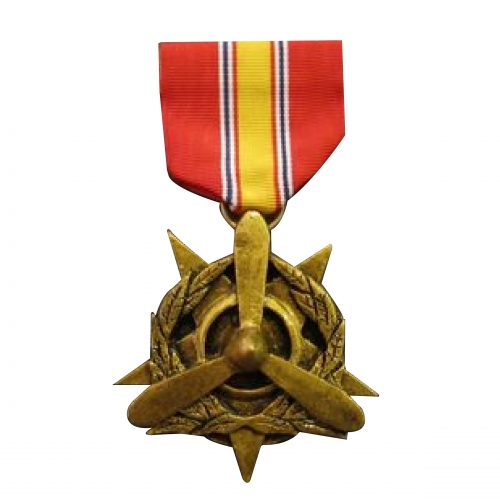 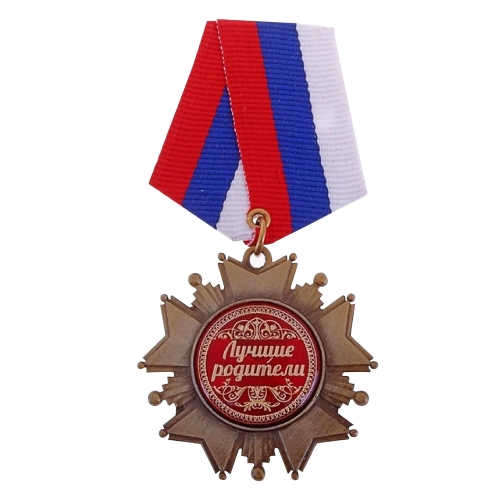 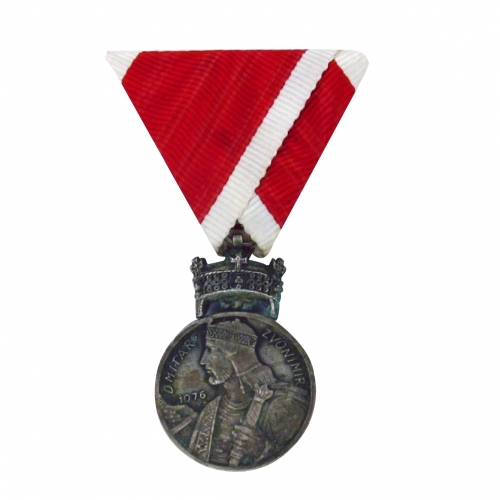 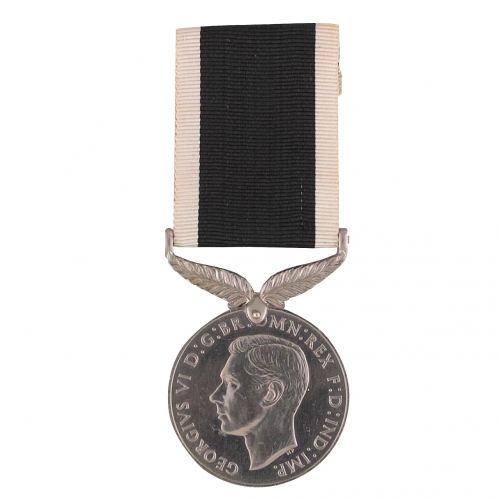 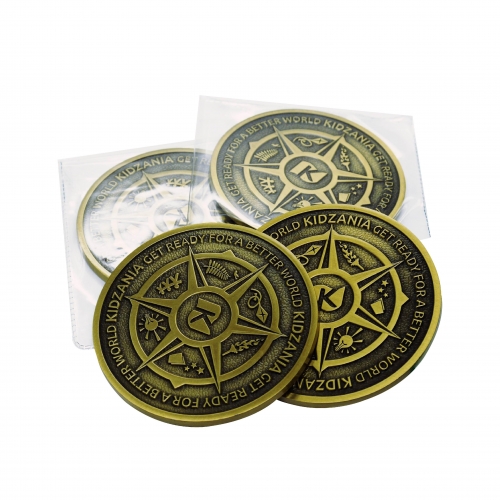 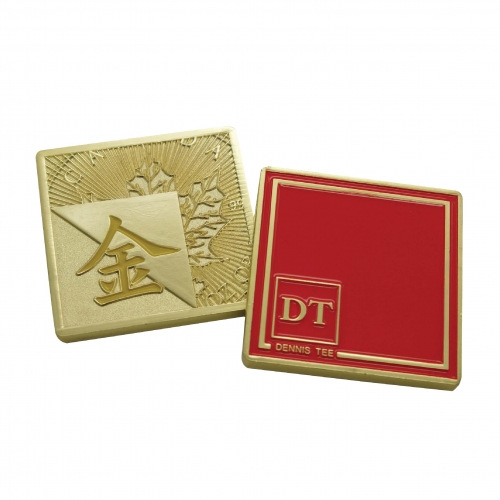 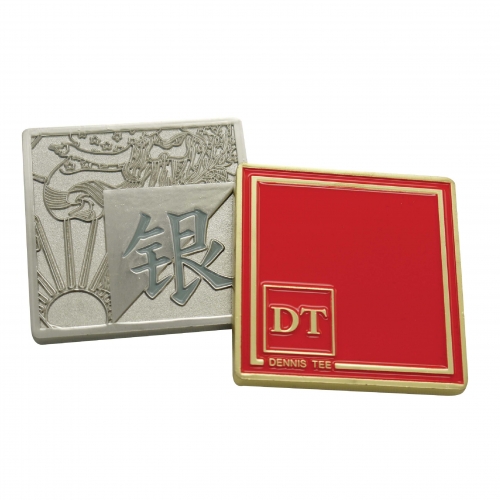 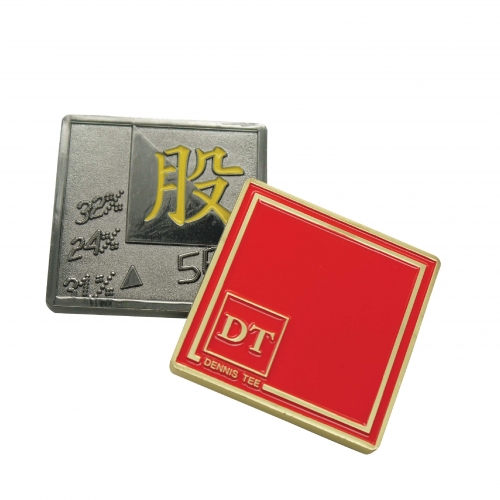 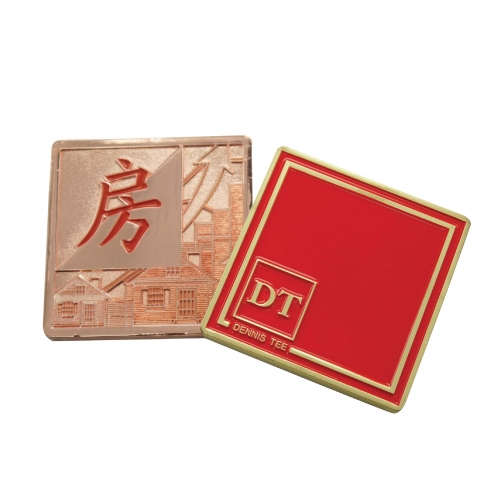 "There they are! The band of brave soldiers that came back! These were the military men that accomplished what they were set out to do, undertaking the much-debated, risky operation of Search & Rescue (SAR) as well as arriving home safe. For the civilians that these enlisted men freed - and in recognising of their duties, medal badges of the highest Malaysian honour was rightfully awarded and bestowed by the Sultan himself! Bless is this sight and opportunity to be here cheering for the army unit, that the insignia placed at the chest front of their camouflage attire— with posture held pridefully high, the crest marks an achievement of righteous glory that can be told across time."

So goes the courage and dedication necessarily needed by the determined individual, to be chasing goal settings, increasing motivation, while carrying the backs of their community. That until milestones are attained, the medal badge can be the prize longing to be sought. But more fascinating is what these devices could also represent, in which the emblem carried may also define an authority figure or even identity verification.

This can be observed amongst the schools and their badge usage. In findings of students that features a crest attached onto their shirts, these are the protege chosen to represent their scholastic faculties to the highest regard. And different departments of taught uses a design that are visibly unique, which goes to say that each medal badges are custom made. If moments come to a crossing of chance to be participating in competitions, then the medal badge worn is the symbol of publicity to a school's foundation.

On the other hand, the evident of cops reinforcing the law is required to show their official emblem on the job. This signifies the symbol of authority which enables the police men and women to safeguard areas, under the recognition that each officer is to have two medal badges on their uniforms. One is a distinctive police insignia that is placed on the cap, and second is a medal badge that is secured on the chest level of a shirt in meeting the established standard.

As a badge supplier in Malaysia, in spite of the employment status that the crest indicates, an ironic twist of surprise is seen under the majority of its uses here. All too often is that medal badges are personalised to the specific of events, and it could be deployed for seasonal campaigning purposes. Down further into the passage of time turns the event badges into a rarity and altogether a collectible endeavour, which makes it all the more appealing as the insignia portrays the brand. Within UDesignConcept's observation, the alloy crest being replicated into mass supply tends to be in accordance to a seasonal basis, which goes to say that the next cycle of custom made badges could differ— both in style and colouring.

There are steps and methodical procedures behind the creation of each and every medal badge. From the pinpoint of ordering and making the necessary payments, a design may be introduced before the moulding process. This is the DIY pre-requisite necessity amid the imprinting of your custom badge, which can be under any forms of complexity and shape. However saying, as the scale and gradual design intricacy increases, so comes the pricing of the B2B supply of event badges. A good note is to fit the artwork towards the dimensions in mind, which spans to a capped 75mm length by 45mm height. In vintage layout, medal badges are often designed in star, round or under a shape of a shield. Yet in military circumstances, crests of a lion and even an eagle are seen.

All DIY designing of medal badges will only be printed once the illustration has been finalised. Under that instance, revisions can be made before the moulding takes shape. And because the method of producing custom badges is restricted towards a single and 3D fronted logo dimension, the administrator seeking to make corporate gifts may look into sending vector drawings that involves the forefront insignia only. Simply outline the overall shape (first in blank design) as how the medal badge should be, before decorating the brooch appropriately into branding respect.

Die-Casting Method For The Making Of Custom Badges

A complex alloy that is known as the brass-nickel composite alloy is used for the manufacturing of medal badges in Malaysia. This is a combination of precious metals (Zinc, Copper & Nickel) chosen to provide sturdy strength with outstanding corrosion resistance. Die casting is the technique of moulding used for the custom badge to be built, which involves pouring the molten metal into a mould cavity that was specifically machined built for the uniquely requested design. In this regard, the yield draws much less scrap than what is seen under the process of embossing (stamping), which makes die-casting custom badges a staunch follower of greener conscience.

Through the addition of nickel that is found within the alloy badge, the raw appearance may seem almost silver in colour. However, this can be altered with colourising paint according to the graphics necessary for the development of custom badges. Gold tint for one, is often applied towards earned badges of veterans. To preserve the textured hues, a compound known as clear epoxy resin is used as a coating layer for a hardened, transparent shell seen on its surface. Medal badge developed in this case, are also known as epoxy resin badge.