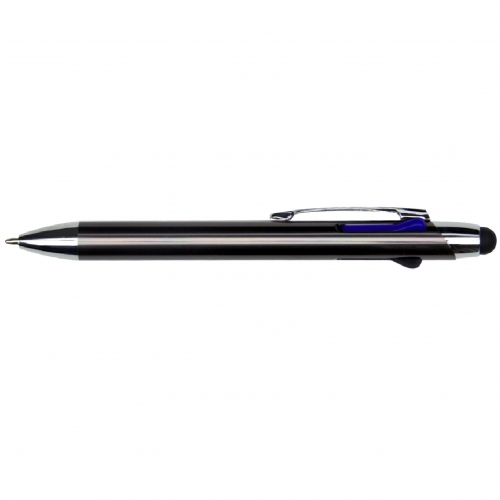 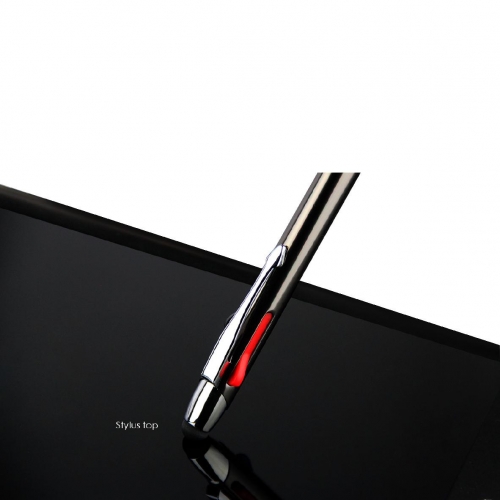 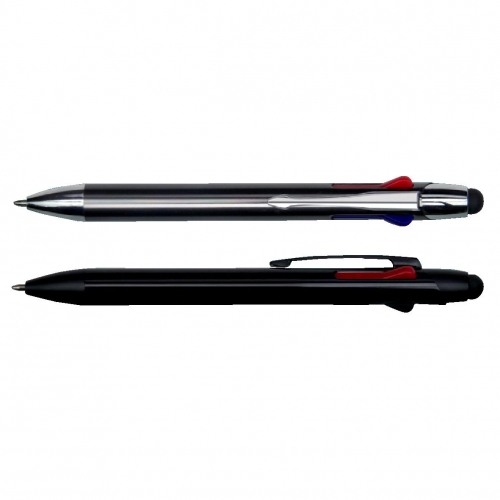 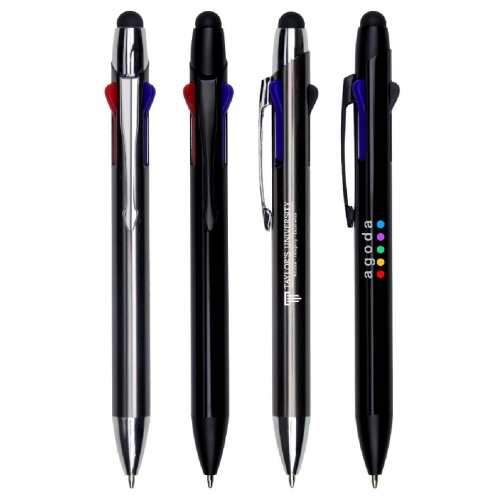 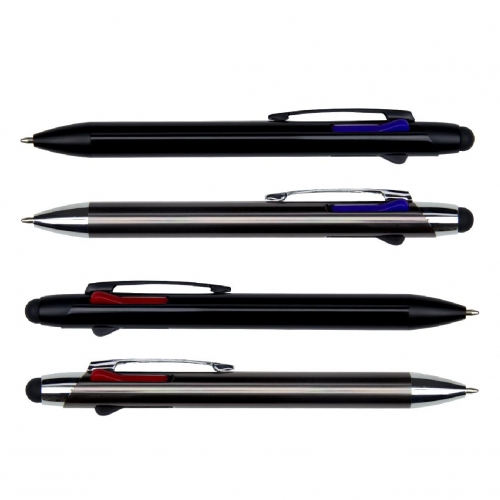 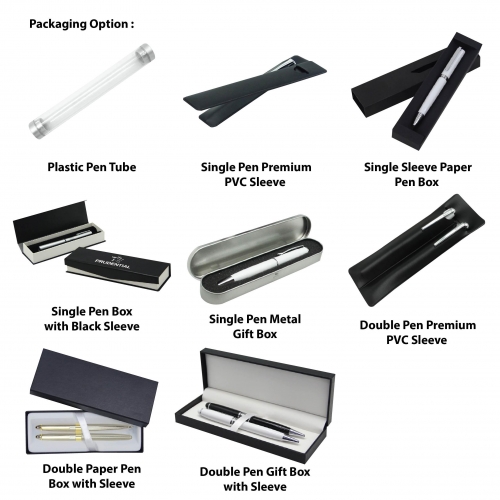 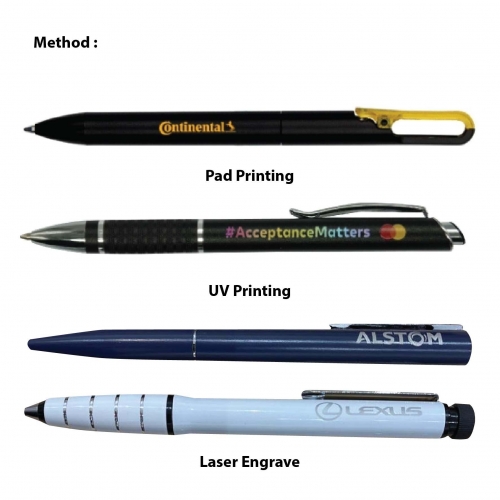 
*This Pen Is Replaceable When The Ink Is Found Dried Upon Purchase!

Kindly contact our sales representative for the pricing details.

In the nature of men under modern civilised use, provoking discussion ensued with a problem statement that goes beyond mere writing with ballpoint pen. The wake of evident is that electronics (tablets and smartphone) is so used in this century calls for manufacturers of writing instrument to keep up with this change, perhaps an introduction of a nib with stylus rear to satisfy both scenarios. The final outcome brought the making of the ELVIS multi-tool pen (5029), representing the finest of versatility that is a powerful addition to an office EDC - where it could be bought as a promotional pen under corporate gifts, and given to all confirmed staff, should the probation ends and is welcomed under a successful rite of passage.

This calls for a repurpose of regular pens. Traditionally, it would be applied into simple writing as a form of taking notes. But with the ELVIS metal biro, paper phrasing and highlighting important sentences (under different hues) can be conducted, as well as to navigate and sign the screens of gadgetry— ultimately increasing the usability for the professional at work, and it's no wonder this pen is named after Elvis Presley, who is synonymously known as 'The King'.

One of the greatest attribute that makes ELVIS multi-colour pen with a stylus rear is its thoughtful addition of common ink colours under its barrel. Quick jotting of handwritten words under black, blue and also red ink can be inserted within the documentations, signaling that the paper has been reviewed and revised thoroughly by the office men. Yet in retrospect of the ELVIS design, the 3-in-1 multipurpose use is compiled together into a standard pen size of 14mm length with a width of 10mm diameter, bringing a genuine functionality that can be carried flexibly - no different than an average size of a writing instrument.

To begin using the ELVIS promotional pen, simply hold and press the push button of the respected colour down that is found in the rear sides of the writing tool. Equally, this is the same tail opposite where a pocket clip can be found to secure the ELVIS multi-colour pen into outbound travel. The retractable mechanism is the result of the spring that contracts because the thrust tube is pushed down to reveal the nib, and closes back altogether under the retraction of the spring that hides the pen tip once again.

And just as the demands of time changes, out comes the added purpose that breaches the concept of taking note and into the world of digitisation. The same end where the retractable push button of multi-colour metal pen can be found, is a passive (capacitive) stylus rear that is objectively introduced for the compatibility of all touch screen use. Highly smooth and sensitive tip aids the hand to make an easy navigation of the devices necessary, while preventing what could have been grease stain, fingerprints and scratches that would have otherwise blemished the said devices. To top everything off is a lightweight attribute of 16.5g that makes the ELVIS ball pen a standout, and this is under an alloy construct with metallic surface finishing that makes it glossy and highly attractive. Durability is emphasised and secured amid everyday use as a result.

Three optional choices of promotional pen printing can be conducted with the ELVIS multi-tool pen, and that range of choice stems from pad printing, laser engraving and also Ultraviolet Violet (UV) imprint for a long-lasting impression. Within moments of anyone's writing under the public's eyes, passerby and even personnel liased with may see to your branding which testify the workings of physical marketing. An administrator based in Malaysia may further suggest branding design cues, or offer UDesignConcept a sample of your corporate's logo for the satisfaction of pen logo printing.

As a supplier of customised pen in Malaysia, all design work are performed with computation and mapped into the printing machine for a controlled production of the ELVIS multi-colour pen.