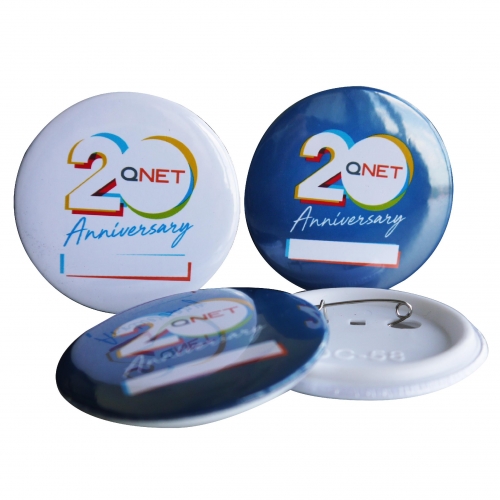 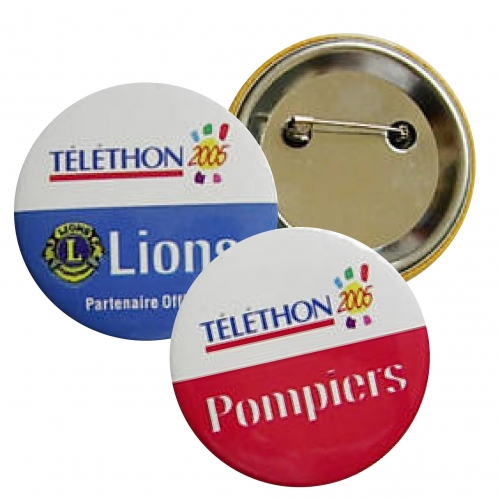 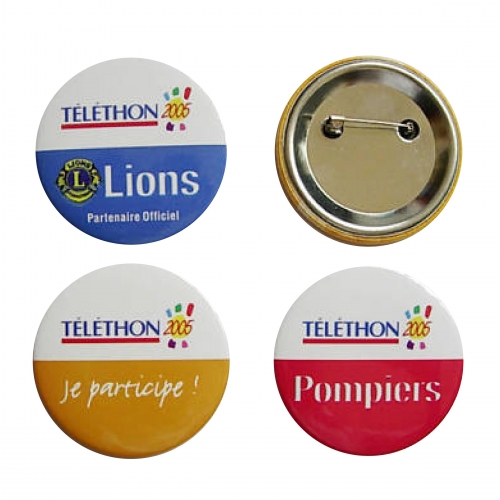 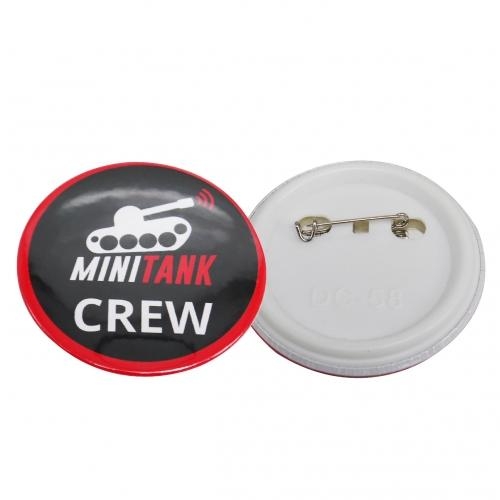 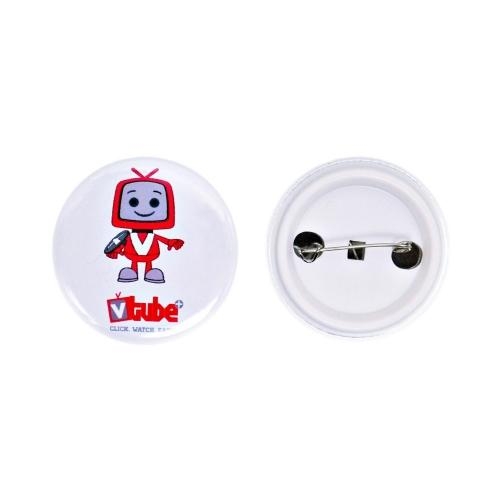 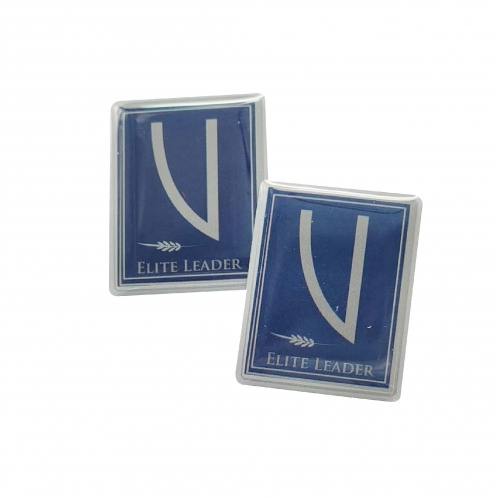 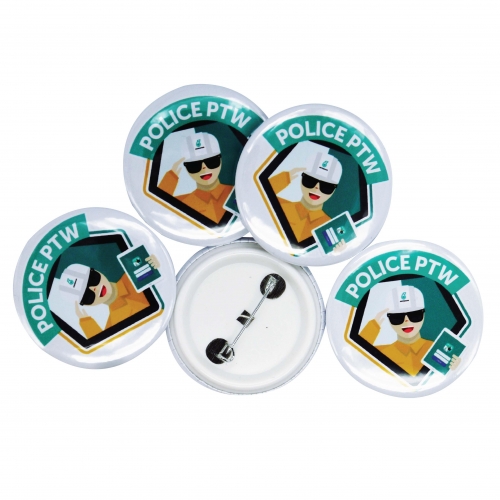 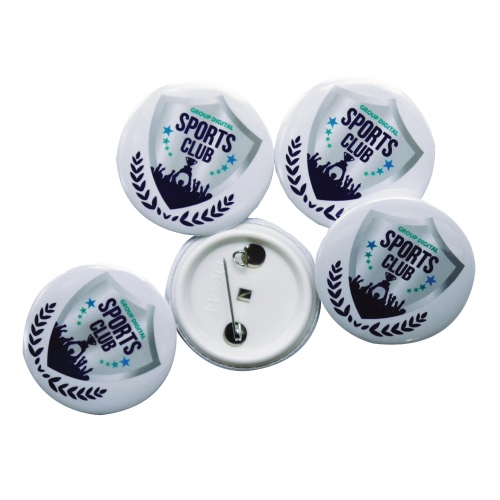 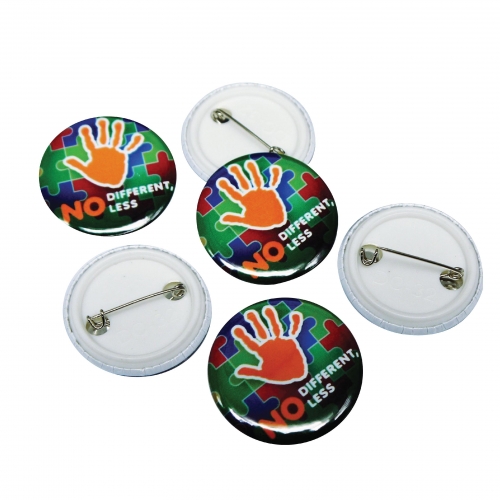 Out of the available span of material choices in emblem making, a strange phenomena was tabulated and seen. The plotted trail revealed plenty of tinplate badging use, and widely preferred - but still without appropriate reasoning, and this piques the interest of UDesignConcept as a badge supplier located in the Malaysian soil. In the toil of sample surveying across the multi-cultural society that Kuala Lumpur (KL) is known for, the findings led a realisation that button badges go hand-in-hand with promotional gifts.

And in that time of support is presenting a steel-made insignia, which uses an alloy construct that draws the empowerment of sturdiness and abrasion-resisting in the endeavours of the long. This is to consider for years and aging to come, that the symbol kept is a remembrance of the attendee's contribution. And few of these events have been further stipulated by followers and interests, which drew seasonal basis continuum that makes the tinplate badge a collectable interest out of the campaigning cycle.

But not that it wasn't known. Collar pin & badge manufacturers are aware of brooch mementos left behind from a lost time. These crests are what museums and collectors would keenly eye on, because of the rarity in safekeeping and in hopes for future men and women to see. Tinplate badges of the past was the kind of an emblem— now a remnant of its former identity, that once sparked a revolution in changing the course of the world. Out of its allegories found that became the now history, this was the symbol of purpose that are actually highly sought. In the same definition in the making of custom badges, themes and raw meaning is placed into an emblem. The mere sight of a logo draws cues of imagination; in visualising its deep-rooted meanings, and out of the course the badge supports.

Button badge, also recognised as a tinplate badge in Malaysia (and further pronounced as a 'pin-back button' internationally), is documented to have received its naming by relating the 'metal disk-like' emblem with a fastener. As a fixated standard across each and every custom brooch printing variations found, a safety pin backing can be seen with a one-sided logo that makes the crest known for its defining synonyms. In this sense, button badges is commonly attached onto a clothing for propagandistic purposes, in which the logo is a layered texture of the personalised design provided with no repetition of illustrated insignias between one organisation to another.

Begin designing from a blank sheet. As all tinplate badges are round in shape, the personnel looking towards customisable printing should see towards working on relevant emblem sizing as a corporate gift. In that regard, ten different sizes are available with UDesignConcept, which begins from 25mm, 30mm, 32mm, 35mm, 38mm, 44mm, 50mm, 55mm, 58mm, and then 75mm in custom badge making. The latter logo development of 58mm brooch diameter is a highly popular choice throughout the local scene, which drew a number of creative templates found.

As a seasoned veteran supplier of button badges, after detailing numerous work and heeding to dozens of queries, two badge making pointers are finalised as the most considered suggestions. The corporate administrator may heed to these noteworthy advices before finalising an organisation's tinplate badge DIY decoration:

1) Have long-term template conceptualisation in the design by considering per season campaign marketing purposes.
2) Phrases, for motto usage and/or quotation purposes within a crest, should remain readable that corresponds towards large sizing use.

These are the duo guidelines that tend to be followed most often by oligarchies and established institutes in customising brooches, which unravelled the branding merchandises in the midst of corporate development. A good frame of reference is to always have a mockup ready by designing on a blank vector in relatable computerised programs found, which could be scrapped or adjusted after a thorough discussion on the artwork.

Equally, an expertise of brooch designing work may also be requested from UDesignConcept, instead of having your own DIY which is always welcome. In that instance, indications and ideas are necessary to supplement creative cues in the development of tinplate badges. But depending on the complexity found (which involves intricate detailing, as well as colouring work), the design confirmed adds up to the net pricing in addition to the sizing option of your custom button badge (as well as volume bought).

Many examples of festivity requiring custom badge specifics can be seen across Selangor. And one of the most commonly found celebration involves schools and the cherishing of teachers within 'Hari Guru' that uses cute design. These portraits were applied into tinplate badges, out of the many available, that is positioned for the enjoyment and memories of adolescence-age children. In other aspects are centred hipster and superhero illustrations within custom badges, which could be a simple smile spread wide open, or even a cartoon as available in Comic Fiesta of Malaysia. But more important is that these inspire support by banding like-minded youngsters together, allowing room for socialising and connection reasons.

Occasionally, there would be restrictions within events that requires the mandatory wear of a custom button badge. This is observed among some of the wedding customs found, where the attire and accessory is informed beforehand that is to be worn during the celebrated day. Tinplate badges in that example is often white in colour, which represents the goodness and purity of virtuousness.

On the other hand, cultural influences also has brooches readily made in advocation of a religion. One such example is the Islamic button badges—as often seen within Malaysia—that carries the pride of the Islam religion in the attempt of parishioning and expansion.