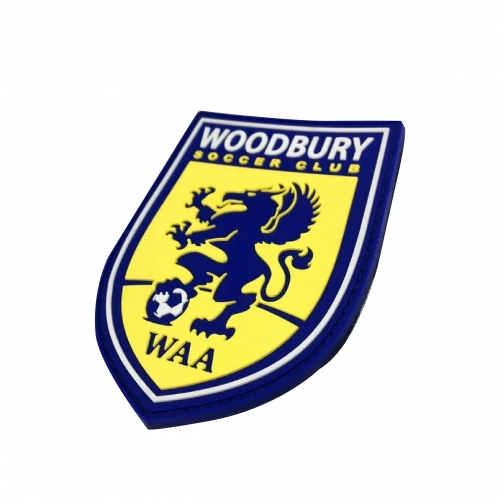 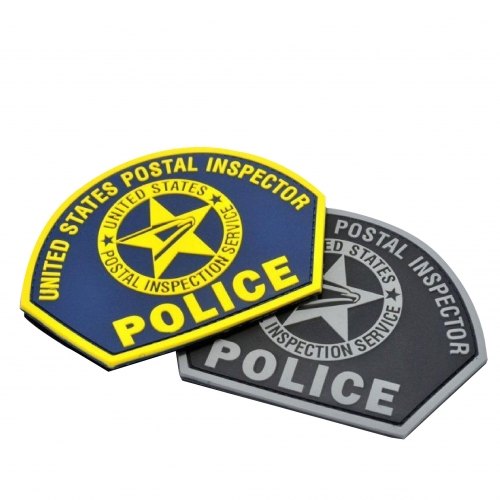 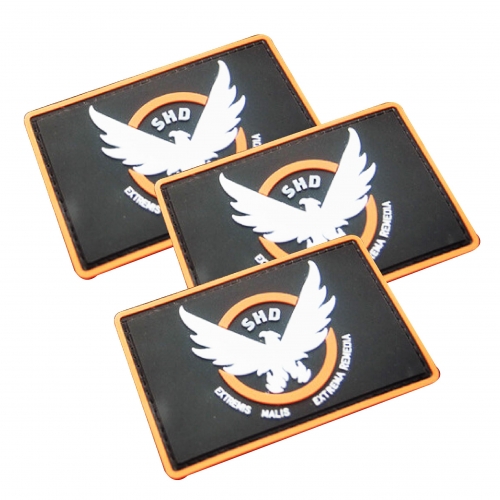 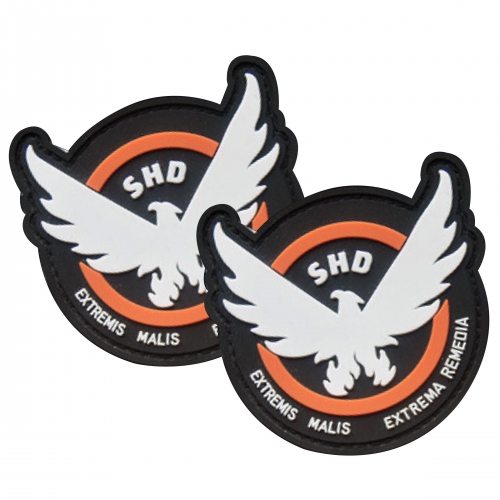 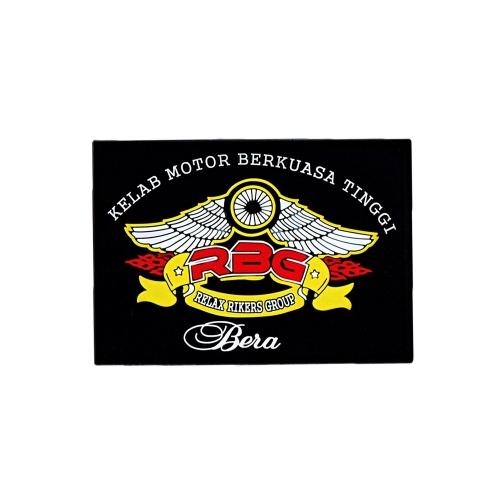 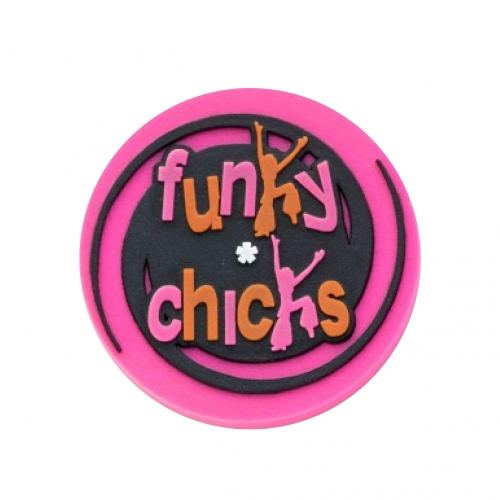 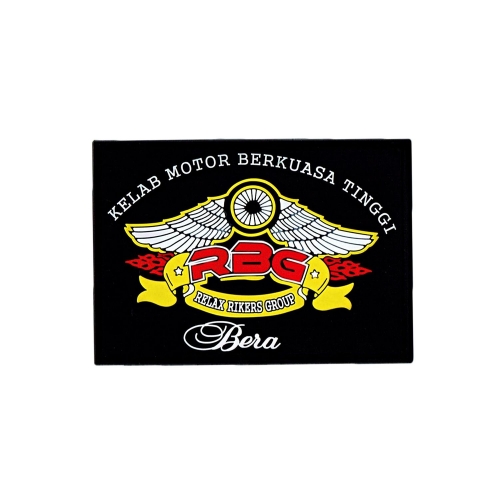 Out of the discovery going way back in 1872, the PVC was a game-changer towards the direction of the modern world. Third in line of most applicable plastic polymer usage stands to how much of a testament this is being used; covering signs, clothing and in many ways of everyday action. Insignia, for a strange part of its evolution is also utilising the versatility of PVC, shedding new light of badging applications because of its ever-lasting durability.

In the beginning, comparison perspective was weighed into. Cloth badges are cotton made, with routine washes and prolonged use tends to develop fray. Metal badge, on the other hand, loses lustre and rusts by oxidation. In understanding the limiting points between the two materials drew an intervening initiation of thermoplastic, bringing the best of two worlds into a singular form of custom badge. The PVC would be soft - and flexible, no different than wool-made insignias; and sturdy in strength— as found across all metallic emblems.

Similarly, in Malaysia's recognition in mass producing rubber, production costs are lowered exponentially that enables affordability across the many plastic polymer. PVC, an abbreviation of Polyvinyl Chloride, was part of the process benefitted that was seized into advantage by local badge manufacturers. Now catalogued as amongst the most popular choices available in logo making, custom badges made out of the thermoplastic are often seen within community groups and various professions alike.

One of the many emblem usage examples lie behind the common of law enforcement officers, which was previously wearing embroidery badges in ardent interest then-turned-into PVC patches. By wear, this was seen stitched at the side of the sleeve of a cop's uniform as a symbol of authority, whose badges were actually mandated to be worn by all police men and women. Another great fact that is rarely known is the four distinctive PVC logos found, which represents the different branches of the Malaysian police forces.

Beyond it, outside the vesture of professions that symbolises their identity are crests portraying a tribe, community, or an association. These were the PVC badges rightfully bestowed—perhaps through buying memberships—for an entitlement they would stand proud, while others were grafted with a rite of passage and of those few who achieved it is the result of their successful passing. Yet to some regard is the attainment of pre-requisite that was awarded with an invitation towards the club, but whatever of a situational reason, the PVC insignia could be found in the stretch of all association kind. A personnel may see this quintessence from the local KL-based biker's club, whose rubber-on-the-road patch coincides in having its community name.

'Never dishonour your tribe,' this was often stated from men to men, one organisation to another. And when the heat of competition comes that challenges the status quo and the survival of your culture, teams train and compete for the namesake of their badges. Separated by the lines of fire are airsoft tournaments held, in secured and secluded location— of terrains with vegetations or sand dunes for sporting entertainment would these men fight. And amid the chaos of shooting plastic projectiles, arm badges are found on each team in the airsoft gunning scene. This was required by the competitive regulation to separate friendly fire while distinguishing the opposites teams, which emphasises the importance of custom badges in the making. The military is no different in that aspect, wearing a PVC badge that can be seen on their arm, in which the civilians that are in support of the army, morale patches may be worn as an advocate of the people who protects the country.

Designing A Custom Made PVC Badge

Door gifts and corporate sourvenirs are mostly appreciated as a gesture of good token. But in making continual success out of custom made designing, put up a DIY discussion as how your sketches should be on developing the polyvinyl chloride badges. This becomes a good practice - from starting in shapes that are blank, and using a vector to be portraying what illustrations should be included, and as do all badge makers insist, campaigning cycles and seasonal design updates should be kept into notice. Not only would the shapes of an entity's PVC badges be wisely remain in constant, but through fixated design and colouring updates from time and positioning change may help turn the logo into a maddening collectable.

Each of the polyvinyl chloride badge will be mapped into a one-sided 2D logo imprint only, yet as intricacy and complexity arises, so does the finalised pricing across the printing of all requested custom badge. The maximum height upon production is 15mm length, and this is crucial to be understood as inscribing words, and mottos of readable intent should be sized larger.

As do all PVC badge suppliers work, simply fulfil the minimal B2B orders available and then submit the design necessary. Shipping will only be localised across Peninsular Malaysia that will arrive in batches according to the purchases made. In this sense, a machine-controlled printer will narrate the development of all emblems in order to make an evenly distributed PVC colouring and yield for optimal quality.

All manufacturing of PVC badges begins with the usage of a physical mold. As each design is specific, no physical casts are replicated from one to another. This is further stored for later and subsequent usage - as a reusable factor when it comes to re-printing badging gifts. And like its overall length found of 15mm, if a polyvinyl chloride patch is needed much smaller in design— perhaps developing mini badges amid milestone purposes, then a new template is needed for smaller size manufacturing.

Depending on how the illustrations are, coloured liquid PVC are poured onto the layers of a mold in respect of a design before drying out. This establishes the singular layered, two-dimensional logo matrix that was mentioned, with an optional input of attaching a butterfly clutch backing available. The foundation of all PVC badges features a base layer, which is the designed emblem background where the insignia rests, and an optional border input that translates depending on the shape.