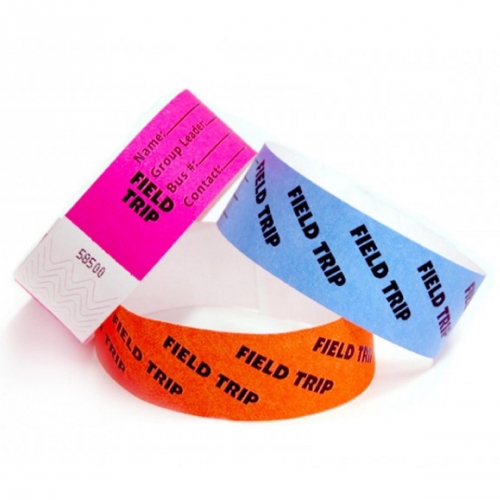 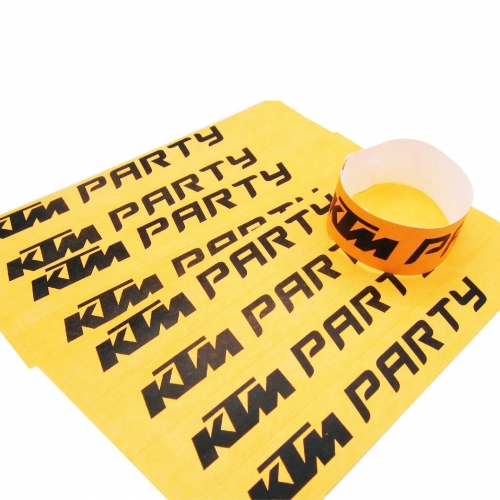 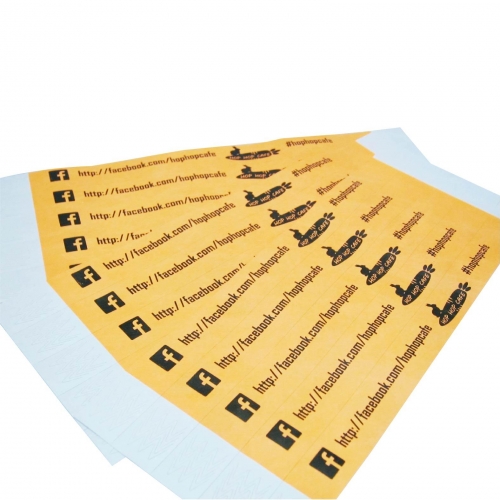 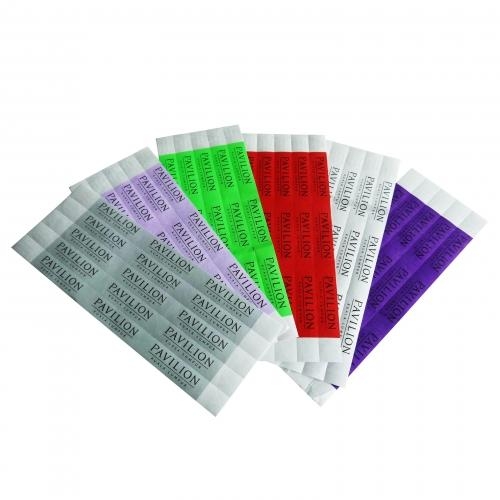 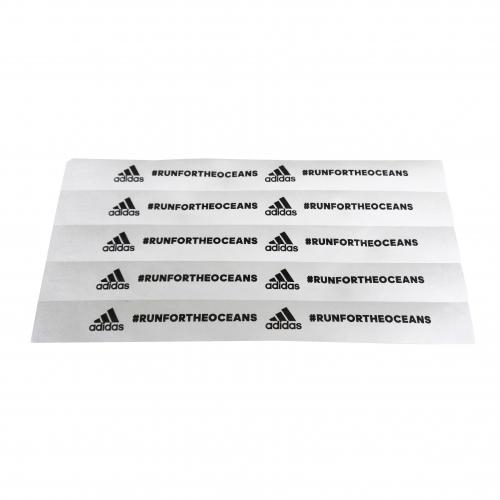 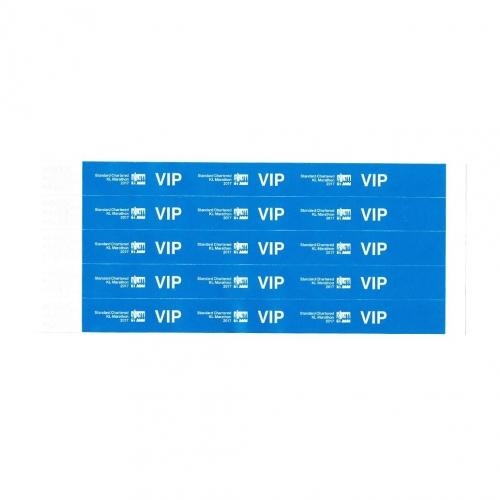 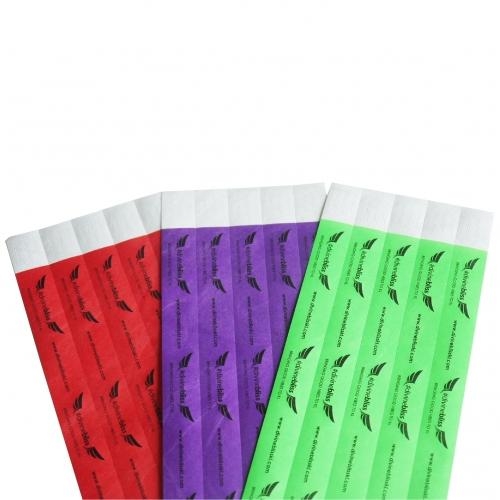 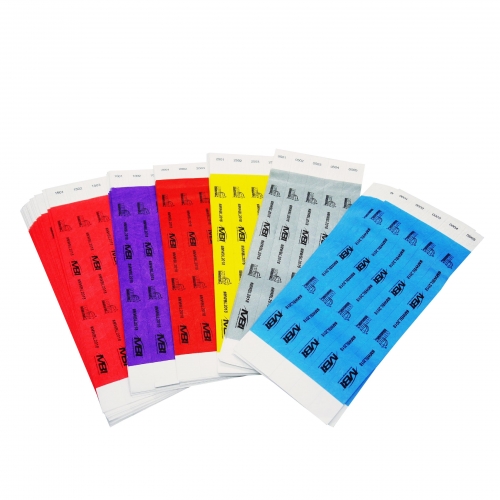 *This Paper Wristband Is Non-Transferable Of One-Time Usage Only! 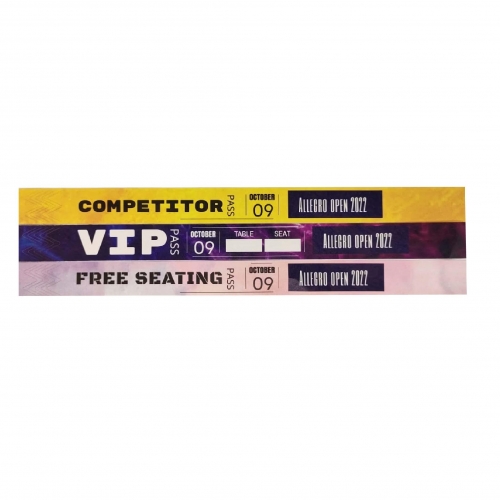 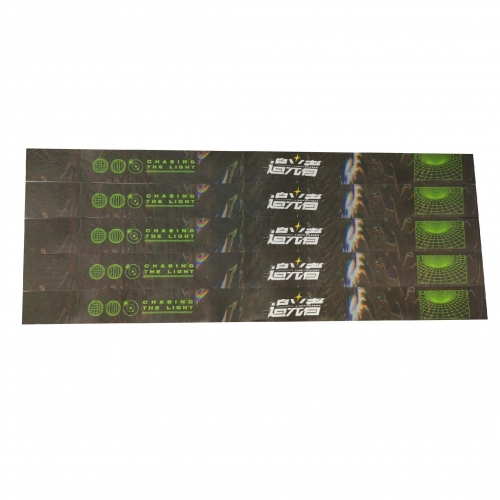 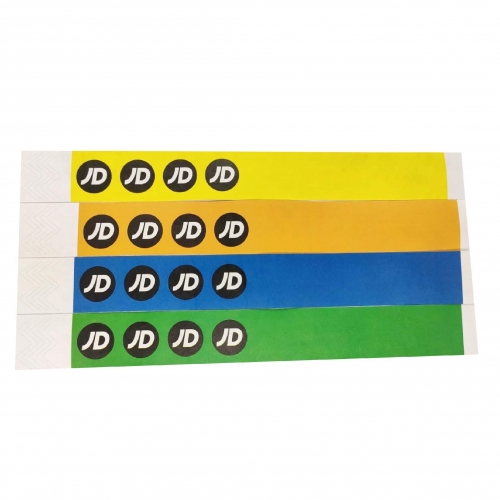 The implications of Tyvek has been vast— once a synthetic material discovered by DuPont company of chemical manufacturing, this spread towards personal protective equipment (PPE), house wraps, fashion and even into personal use. But in that instance of commercialisation, an unorthodox outcome brought proliferate application within the events and concert scene; the portraying of tyvek wristband was found to keep guests in-check and put party crashers out, it became a ticket to the entrance of VIP events; the disposable bracelet would and could be used for in-house games that separates the teams, bearing different colours found in the armband that would define the personnel whose club he/she is affiliated with; the tyvek armlet became a logo symbolised for a cause, supported by individuals that wore proudly for its movement that has - and will always sprout further.

That shed of progress has seen light within the landscape of Kuala Lumpur (KL). Lying within the biosphere of corporate gifting, using tyvek wristband in Malaysia is all too common. And this gets crafty as applying printing technology and functionality goes hand-in-hand, making bracelet customisable according to specific needs and design. The custom bracelet mentioned is the exact counterpart of silicone wristbands, that on one hand, using the tyvek on a person's wrist is always present within corporate events and the other (silicone wristband) is often associated with charitable campaigns.

This began under an incident of DuPont's researcher that noticed an uncanny fluff later known to be 'polyethylene', the HDPE fibres possesses an enduring fabric strength after it was found spun at high velocities. Two variations can be found:

Through its different grading properties found as a plastic material, it's also important to know that all custom wristbands made uses the fabric soft iteration of the polyethylene. This understanding drew the synonymous naming of tyvek bracelets being mentioned as 'paper wristbands' across Malaysia, for its distinctive organic property that feels paper-like and yet it's not!

Likewise, as with any applicable plastics that are organically recyclable, the Tyvek follows that route of greener practices. This means that all paper wristbands manufactured is 100% eco-friendly that can be recycled once obsolete, or when the HDPE product is no longer in use, just so it could be redesigned in the effort of reduce and reused for a new purpose. Another relational finding is that the high-density polyethylene fibres (HDPE) is exactly identical in property as found in plastic bottle, with the exception that the Tyvek uses shorter strands instead. Once developed, the custom wristband itself remains bright white in colour as its natural state - without any dyes or printing necessary for a gated entry pass.

As a form of ticket to MY-based concerts and VIP events, few characteristics that defined the Tyvek into armband usage are listed below:-

What began a paradigm change into the usage of paper wristbands was a cost-effective solution that was discovered by wristband suppliers and manufacturers. In the inevitable service for mankind, for the production that would remain cheap in factory pricing while encouraging fundamental tyvek use, the findings led an increased overall application amongst the end users of corporate events. The custom made wristband in that regard—despite printed in different forms of design and hues—promotes waterproof action and chemical resistance that is innately safe for everyday wear.

Residing within the biggest influence centred to the delivery of tyvek armlets, UDesignConcept - as a wristband supplier, offers two choices that fits the average upper-arm sizes found in Malaysia: 20mm and 25mm overall in band length. When worn, the bangle may be adjusted to fit the wrist appropriately. This is a key note that should be meticulously understood; that upon use, the disposable wristband is non-transferable. It cannot be transferred because of the glue that secures the bangle, as well as the tear or puncture resistance found in the property of the tyvek whenever an attendee puts on the paper wristband for entry purposes.